Identify when a Harmonica was made?

Hello fine people. I am wondering if there is a way or reference on how to tell when a harmonica was made 60s 50s, Pre WWII, etc. Is there anything to help with the Boxes it comes in? Looking at a Marine Band that claims to be pre-war, but I do not know how to tell.

Hi MrNrdy,
in regard to older instruments it can be difficult to tell, as they don’t have serial numbers or other identifying markings. People have claimed that if the central medal depicted on the bottom cover (held by two hands) contains a star of David, then it’s pre-war. This is based on the assumption that the nazis would have banned a Jewish symbol. However, Martin Häffner from the Harmonica museum disputes this argument. If you could post a photo (also of the box), we may be able to provide more information,
regards
Steve

Thank you, Steve,
Interesting about the Star of David. I found some notes that the Star was around till 1937, but I have not confirmed that yet, This one does not seem to have that. Attached are a couple of photos of Harmonica and Box. 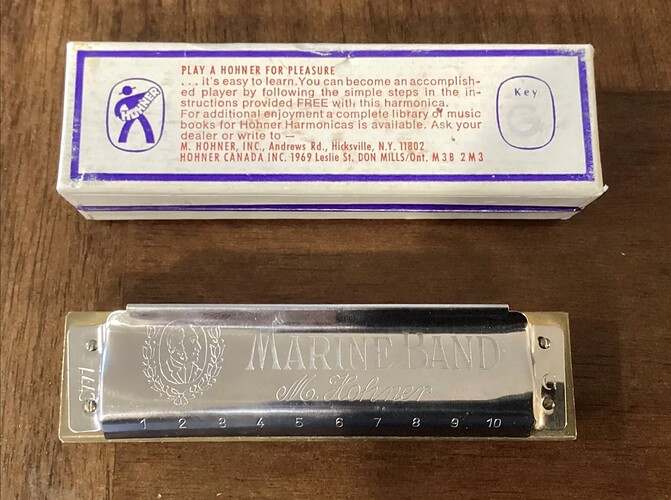 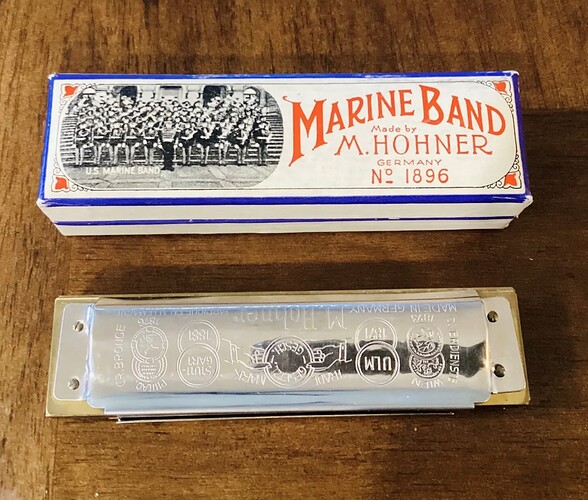 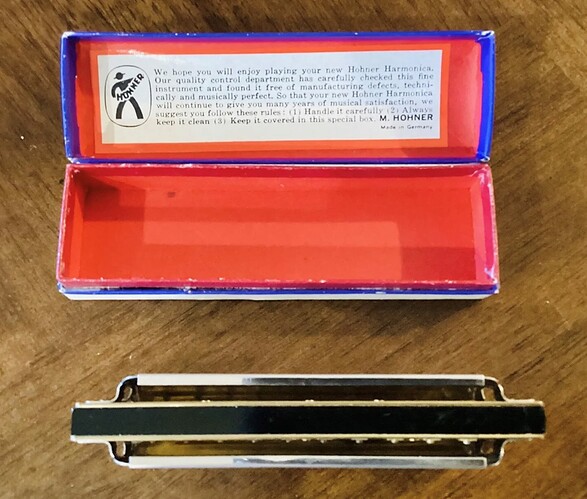 This looks to me like a Marine Band from the 1960s or 1970s, but I may be wrong. The box looks as if it could could conceivably be pre-war, but it’s in surprisingly good condition if it’s that old. Hohner moved to Richmond VA from Hicksville NY in 1982, so it clearly pre-dates the move. Pat Missin has documented the various stages in the development of the Marine Band in great detail here:
https://www.patmissin.com/ffaq/q38.html
If you browse through this page you may find some more identifying features.

Thank you, Steve, I wondered about the condition of it. Thanks for the link looks like he has done his homework.

Yeah, Pat Missin is the man for both technical information and historical overview. His site is extremely informative and wide ranging.