As someone new to world of harp I’m enjoying it! I study as much as I can. I saved up and got a Crossover in C to start then a set of Special 20’'s. I have been reading about Thunderbird and Rocket. Confusing. If I’m correct the Crossover is newer than the Special 20 and Thunderbird newer than Crossover. Not sure about Rocket. At first I thought you only needed one harp. I’ll wait till you finish laughing. So wondering if I should consider investing in set of Crossover or Thunderbird or Rocket I’m hearing about. Learning Blues and loving it. Leaning to Crossover because it was my first and have it in C already. Any reasons I shouldn’t? Any suggestions on which order I should get them if I do? Not cheap. May take awhile. Thank you for any advice or suggestions!

I will be interested in the answer to this also. I’m trying to settle on one type of Hohner harp to play. I don’t think I want to get into chasing the newest each time or I’ll never end up with a set.

Here are all of the harmonicas that I use in my solo show. I prefer Rocket, RocketAMP and RocketLOW for my diatonics. It is really a matter of personal preference. I will attest that all of the Rockets are top of the line harps! 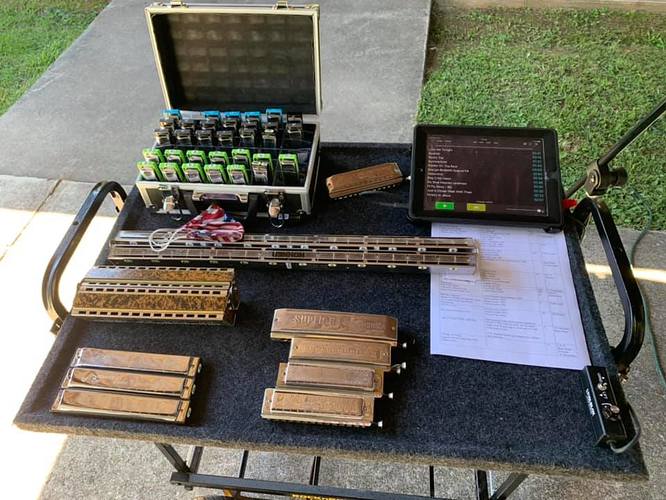 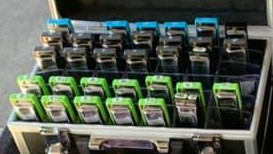 Hi Dan, welcome to the forum. It’s not not surprising you find the large number of models confusing

Let me try to clarify:

The Thunderbird is basically a Crossover which is tuned one octave lower, making it more of a specialist instrument. It’s great for low-down chordal playing, but is harder to use as a single note instrument, as bending notes is more difficult at lower pitches.

The later models in the Marine Band Series - MB Deluxe (2005), Crossover (2008) & T-Bird (2009) - are all further developments of the classic Marine Band 1896 from that year, which celebrates its 125th birthday in 2021. All three feature sealed combs, superior cover design and screw together assembly, but share the same simple sandwich style construction as the 1896. Crossover and T-Bird have bamboo combs, whereas MB Deluxe and 1896 have pearwood combs. Bamboo makes the sound slightly brighter and is less likely to swell when wet.

The Special 20 was introduced in the mid 1970s and was the first diatonic model to feature recessed reed plates and a projecting mouthpiece. It’s one of the most copied designs ever, a great workhorse harmonica which is comfortable to play. The Rocket was developed around 2013. Constructed like the Sp.20, it features a number of improvements including an ergonomic design where all outer edges are rounded, open back covers with side slits and larger air channels for greater volume. The Rocket is also available in two other versions: Rocket Amp (covers without side vents) and Rocket Low (in keys from low F down to low C).

So to answer your question, if you’re comfortable with the Crossover then you’ve made a great choice. If you find that you prefer a plastic comb and mouthpiece, then either the Sp.20 or the Rocket will fit the bill. The Rocket is more expensive, but for that it offers greater playing comfort. The Thunderbird is an extremely cool harp for low register playing, but you don’t need it as part of your basic kit unless you specifically want to play an octave lower than standard harps.

Hey George, I wondered who this Harmonicat dude was! I hope all is good with you

Steve, Thank you for asking, I hope all is well with you also. I am currently finishing my thesis Harmonica Pedagogy for the Full Inclusion Music Classroom. The writing has been hard work, but satisfying and will be fulfilling when I have the doctorate degree in hand.